(The Lovely and) Talented: a guest post by composer Emily Doolittle

The composer Emily Doolittle has been pondering the niceties of the word "talented". She Googled "talented composer" and was both interested and not too delighted when she saw what happened. But it's not simply a patronising way in which women musicians are sometimes described: she detects a more general problem in the use of this word. Does it perhaps set up false expectations about how tremendously hard musicians actually have to work to achieve the necessary standards? Does it perhaps "deprofessionalise" the entire field? I've asked her to write a guest post on the subject, so here it is.

THE (LOVELY AND) TALENTED...
by Emily Dootlittle

A couple years ago I had a piece performed on a programme of music by women composers. I was a bit surprised that we were collectively described as “talented”: I’d always associated that word with students and young people, and most of us were professional composers in our 30s, 40s, and beyond. Although “talented” was almost certainly intended as complimentary, it came across to me as a bit patronizing. Since then I’ve noticed a number of examples where composers who are women are described, individually or collectively, as “talented”. 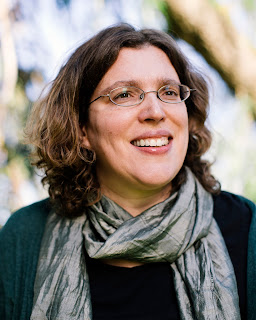 Wondering if it was just me who found this a slightly dismissive way of describing composers, I conducted an informal Facebook and Twitter poll on other people’s reaction to the word. Approximately a third of the friends who responded felt it was an unproblematic compliment; a third agreed that it was applied in a slightly gendered way, with (often unintended) condescending connotations; and a third found it problematic for other reasons, with or without being used in a gendered context.
Describing someone as “talented” can erase the years of hard work that go into being a composer or performer. “Talented” may suggest that someone has potential, but has not yet produced much – perhaps a suitable descriptor for a student (though I prefer more precise descriptions like “learns quickly,” “has great ideas,” or “knows how to work to achieve what they want”), but not for someone who is already accomplished. It can serve to deprofessionalize the whole field of music, suggesting that good musicians are just lucky, not people who have devoted consistent, long-term effort (in an often hostile cultural and financial climate) to developing their skills.
Some performers noted that people who described them as “talented” often expected them to perform for free. I think describing musicians as “talented” can also be a way of making us into something “other” – writing us off as quirky societal outliers, rather than recognising that anyone can make music as a meaningful part of their lives, if they have the opportunity to learn, a willingness to work, and a culture that supports music and the arts as an essential part of life for all.
Still curious about whether women were disproportionately described as “talented”
I turned to my other favourite online resource, Google, and did a search for “talented composer”. Indeed, my suspicions were confirmed. Of the first 40 results returned for “talented composer,” 10 referred to women and 12 to young composers. The first 40 results for “gifted composer” returned 6 references to women, and 8 to young composers. “Skilled composer” returned 2 references to women, and “genius composer” and “masterful composer” returned only one reference each! I couldn’t do a search just for “composer,” because so many of the results were non-music-related, but a search for “music composer” also returned only 1 woman out of the top 40 results. Perhaps it shouldn’t come as a surprise that women and men composers are still described in different terms. A number of recent studies have shown that recommendation letters for women and men in a variety of fields tend to employ different words to describe the applicants. (https://www.insidehighered.com/news/2010/11/10/letters)

This post isn’t intended as a criticism of anyone who has described women composers as “talented”: I’m more interested in bringing to light how our language use shows our lingering, often unconscious, cultural assumptions about women. We’ve reached a time where we’re collectively quite willing to accept women as having potential (more than 50% of music students in conservatories and universities are now women), but not willing to accept women as leaders (note the shortage of women conductors in the highest positions). I do suggest that if we are writing about women composers, we take a moment to consider if we would write about male composers of similar stature in the same way, and if not, think about changing our language. But I certainly hope this doesn’t put anyone off of writing about women composers, out of fear of accidentally using the wrong words. It’s only through writing and discussing that we can understand where we are, and how far we still have to go.
Composer Emily Doolittle was born in Halifax, Nova Scotia in 1972, and lived in Amsterdam, Montreal, and Seattle, before moving to Glasgow in 2015. Upcoming projects include the premiere of her chamber opera Jan Tait and the Bear, by Glasgow-based Ensemble Thing, in October, 2016, and interdisciplinary research into seal vocalizations at St. Andrews University. Her CDall spring was released on the Composers Concordance Label in July, 2015.  www.emilydoolittle.com